Home News How Poker Has Evolved Over Time

How Poker Has Evolved Over Time 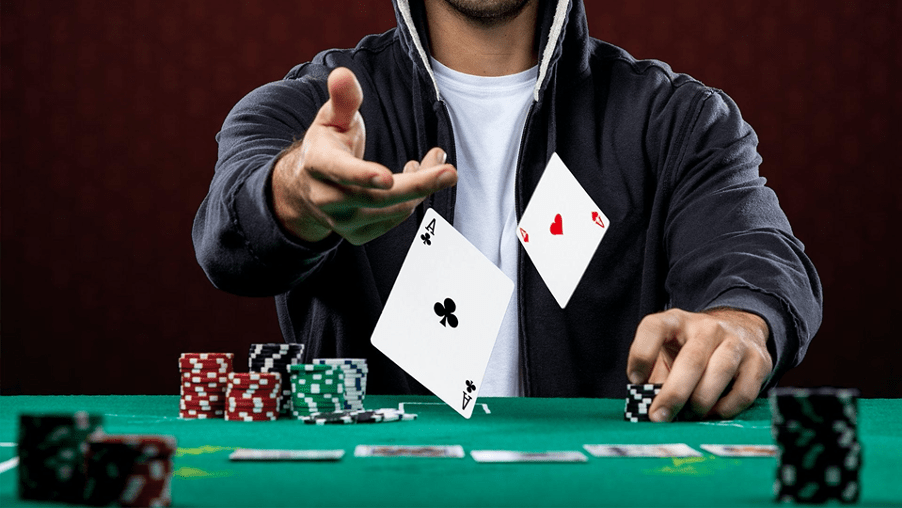 Poker, for those that aren’t obsessed, is a card game where players wager over which hand is best – according to that varying game’s rules. Poker is highly versatile, in that it can be played in person or online. It’s a hell of a lot of fun, and it’s played worldwide. We’ll be taking a look at how Poker has evolved over time, and where it’s at right now.

A History of Poker

What we know as Poker today, actually has its origins in an ancient game that dates back to over 1,000 years ago. It’s roots can be traced across a number of continents and cultures, with some historians arguing that it came from a domino-card game, played by a 10th century Chinese emperor.

However, Poker’s closest relative is actually Poque, a game that developed in France in the 17th century (Roulettecan also be traced back to France – seems like the French love their gambling). Poque, and its German cousin Pochen, were both based on a 16th century Spanish game called Primero. Primero saw three cards dealt to each player, who then had to bluff as a vital part of the game.

Poque was then taken to North America by French colonists, starting in New Orleans and its surrounding area. English-speaking settlers then anglicized “Poque” to Poker, and adopted the features that we know today.

Modern day Poker still includes bluffing, but 5 cards are dealt instead of 3 – out of a 52 card deck.

The Move to Online Poker

For centuries, Poker was played in person by a group of players. That is until the advent of the Internet in the 1990s. Online gambling soon exploded, and Poker with it.

During online Poker, a computer dealer will automatically deal cards to each player. If you’re playing Texas Hold’em, for example, each person will get two face down cards that only they can see. You’ll look at your cards, and play accordingly.

The format is essentially the same as playing Poker in a brick and mortar casino but online. The game may go faster, but the rules and outcomes will likely be no different than if you had played it IRL.

Where to Play Poker Online

Now that we’ve taken a look at how poker has evolved over time, let’s look at where you can play it. Most established online casinos will feature a variety of Poker games, including Texas Hold’em, live poker, video poker, and more.

BetChain casino is a trusted, established casino that offers a range of Poker games. GreenSpin is a crypto and fiat casino that also offers an excellent Poker platform. Ready for some old fashioned fun?

Poker Is As Good As Ever – Online Or In Real Life

We’ve taken a look at how Poker has evolved over time, and it’s clear that things have changed pretty substantially. Whatever it’s origins, Poker is an extremely fun and highly profitable game – played online or in real life. The internet is rife with a range of awesome Poker games, suitable for both new and experienced players. Why not dip your toe in and experience it for yourself?